Interview with Rachel – an American expat living in China

Rachel is an American expat who moved to China when her husband got a job in the nuclear industry. They live in a village just outside Haiyang, in China’s Shandong Province. While she sometimes feels frustrated not being able to work, she’s been able to spend some time learning Mandarin and discovered her inner writer. She shares her experiences of expat life in China on her blog, woshoudebuhao.wordpress.com 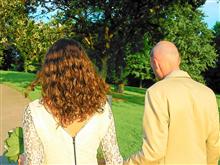 A:  We live about 18km from Haiyang, Shandong Province, China. Haiyang is probably best known for hosting the 2012 Asian Beach Games.

Q: How long have you lived in China?

A:  Nine months (we’re here on a four year contract).

A: With my husband; no kids.

Q: Why did you move to China; what do you do?

A:  We moved for my husband’s job. He’s an engineer in the nuclear industry. I became a stay-at-home person upon arrival, which is a blessing and a curse. I miss working, but I’ve discovered that I like writing and I am able to take online courses. I also spend a fair amount of time studying Mandarin.

Q: What do you enjoy most about China, how’s the quality of life?

A:  We live in a rural area – just across the street from the Yellow Sea and surrounded by farm lands and villages. This means we don’t worry about the pollution that most people think of in regards to China and can spend a lot of time outdoors riding our bikes and exploring nearby villages. We also have beaches that are nowhere near as crowded as Qingdao’s, which is a two hour drive southwest of us.

A:  We live in a rural area. It’s great that our location is picturesque, but that means we don’t have a lot of options in terms of grocery shopping, nightlife, etc. I miss the convenience of home. I also miss working as there are no job opportunities for spouses here.

Q: Is Haiyang safe? Are there any areas expats should avoid?

A: Yes, very safe. For the most part, the locals are very friendly towards the expat community in Haiyang, which has gone from zero to 100+ people in the last five years. The most dangerous part of living here is the crazy driving.

A: We would LOVE to have a car, but aren’t allowed to per my husband’s company, mainly because it is too dangerous to drive here. Luckily, we have a little scooter that we use to get around in the warmer months, but we are dependent upon taxis and company-provided shuttles.

Q: How would you rate the healthcare in Haiyang?

A:  I haven’t used the healthcare options provided (knock on wood!), but we have an SOS doctor within the expat village. The majority of expats go to Qingdao for dental issues and Shanghai, Beijing or Hong Kong for medical issues.

About living in China

Q: Which are the best places/suburbs to live in Haiyang as an expat?

A:  Unfortunately, there is only one option for expats in our situation: the expat village. Every Western person living in our area is here because of the nuclear power plant being built.

Q: How do you rate the standard of housing in Haiyang?

A:  The housing we are provided with has its perks – we have a gym, tennis and basketball courts, a track and soccer field, and a cafeteria all within the grounds of the expat village. The downside is that the quality of the apartments isn’t great. You could say we live in a typical “tofu-dregs” type of building, complete with excessive mold and leaky everything… Annoying, to say the least.

A:  The cost of living is beyond cheap for us because our living accommodations are covered under my husband’s contract. Groceries within Haiyang are very affordable. So is dining out. Taxis are cheap. Getting to larger cities like Qingdao and Yantai, which are a couple hours from us, can be expensive and inconvenient since we have to hire private drivers and pay for tolls and gas. I should say that we have the option to hire a private driver, but that is quite expensive, so we’ve opted against it.

A:  For the most part, the locals are friendly. They seem intrigued, yet confused by us expats. It’s not uncommon for locals to pick up the things in my grocery cart while I’m shopping or to ask where I’m from. And, after nine months of living here, I’ve gotten used to hearing “laowai” (foreigner) every time I step outside my door.

A:  It is very easy to meet other expats. After all, we all live next door to each other. It can be harder to make friends with the locals, mainly due to the language barrier. We also have Chinese folks living in the expat village, but there isn’t much of a cross-cultural exchange, unfortunately.

About working in China

A:  No – everything was done through my husband’s company.

Q: What’s the economic climate like in Haiyang, is there plenty of work?

A: It seems like there is plenty of work for locals. There are several small sewing manufacturers in Haiyang and lots of little shops and restaurants. Lots of small-time farmers and fishermen too.

A:  The American/Western work culture allows workers to be autonomous, making their own decisions with minimal supervision. In China, decisions are made only by higher ups and things must always be run by others in meetings, etc., causing things to move more slowly than what the Western workers are used to. Communication styles are also different. Westerners communicate in a direct, matter of fact way. The Chinese communicate in a more cyclical pattern from what I understand and are always concerned with “saving face.”

Q: Did a relocation company help you with your move to China?

A:  Yes, though that doesn’t mean our move was smooth-sailing.

A:  Of course. We’ve encountered some bumps and hiccups. Mold in our apartment being the main one. We are still trying to get used to life without a car or mass public transit system at our fingertips. I often times feel confined since I can’t just hop in the car and go where I want whenever I want. Life here takes a lot of planning. I also was shocked to find out that shops and restaurants don’t use heat in the wintertime, so warm clothing is a must in our very chilly winter climate.

A:  We don’t have kids. There are some families who have young kids here (under the age of 8), but things are difficult for them mainly due to transportation and school issues. For example, there are no big yellow buses here to cart the kiddos to/from school, which is a good 25 minutes from the expat village.

A:  From what I’ve heard, the schools aren’t great, especially for the Western kids. Classes are only taught in Mandarin and the conditions are quite different (longer hours, more work, etc.)  from Western schools. Then again, if anyone wants their kids to learn Mandarin, sending them to school here will have them fluent in no time. If parents want their kids to have a Western experience, the only option is to send them to a boarding school in Qingdao.

A:  It’s been helpful for us to look at our time in China as one big adventure. Living here has its challenges, but it also has its rewards. We’ve already grown and changed (for the better, I might add) in what little time we’ve been here. Who knows what we’ll be like after four years!