Expats moving to Taiwan should expect some level of culture shock when it comes to the business culture in Taiwan, although in other areas of Taiwanese culture, the country looks to the West more than to its Asian neighbours. Taiwan does have its surprises – especially when it comes to business, dating and socialising – but for the most part if you keep a positive attitude, you’ll probably assimilate quite well. Western ideas of personal space, relationships, free time and hobbies are understood, if not always practised.

It’s easier to make friends in Taiwan than you might think. East Asian and Western foreigners alike often report that they have an easier time building and maintaining local friendships than in other countries. The local level of English is pretty good and there are clubs, organisations and events that allow you to meet more locals if you’re willing to try.

Friendships in Taiwan: what to expect

Expect friends to cancel plans, often at the last minute, for family affairs – family always comes first, and this isn’t considered rude. Expect unreliable RSVPs and added guests to group events, even when reservations are involved.

Expect friends who are upset with you do not actually tell you so – someone who is sensitive to unspoken social cues back home may have a hard time discerning indirect cues in Taiwan, especially when saying “no” is involved.

Expect people to feel uncomfortable debating passionately (although impassioned argument is very popular with some people, especially on the topic of politics) and to drop issues rather than “argue”, even if you weren’t aware you were arguing.

Expect local friends to be fine with less interaction than you’re used to among friends back home, and expect the party to end “early” (although this, too, is changing). Many locals will head out at the “late” hour of 11:30pm to catch the last MRT, or possibly because they have family members waiting at home – it’s not unusual at all for a person in their early 30s to be worried about how parents will react to them staying out late.

Finally, expect local friends to be more direct in some ways even as they are less direct in others: they may not tell you they’re upset or that they disagree with you about something, but many local friends may make note of your complexion, changes in weight or other things you wouldn’t mention back home.

If you are an English speaker, you will be able to get by in Taipei without learning much Chinese if you don’t wish to, don’t have the time, or find it difficult. Signs tend to be in English, the MRT maps and announcements all contain English, many (but not all) menus are in English or have pictures, and government offices you have to deal with will have English services. Taking the bus may be a challenge but not an insurmountable one.

If you show that you can speak Chinese, a local – even a friend – may not believe you can read it. If you show that you can read, they may not believe you can type. If you can type, they may not realise you can write by hand. Many foreigners make the mistake of ascribing this to ethnocentrism: the idea that “foreigners can’t learn our language because it has 5,000 years of history, is unique to people of Chinese descent and is too hard for others to learn”.

This is not an accurate reflection of the attitude of locals who underestimate you, although it may seem that way at times. Rather, while many foreigners reach basic proficiency in Chinese, a truly fluent and literate foreigner is a rare thing to come across. In business, foreign colleagues sent to Taiwan from the home office will almost never be able to speak Chinese, nor will the foreign teachers at the cram schools where locals send their kids.

There is a cultural predisposition towards stressing knowledge of Chinese characters – reading and writing – over speaking, and Chinese characters are genuinely difficult to learn. Locals generally spent years of their childhood grappling with them. It is reasonable to expect that they wouldn’t necessarily assume a foreigner could pick up this skill in a few short years – and, in fact, most foreigners don’t.

You will see things in Taiwan that you would never expect, which are still very much a part of the traditional cultural landscape. Sure, all the things Westerners expect are there: traditional tea, fortune telling, god costumes that are up to ten feet high or higher worn down the streets in parades, firewalking, boat burning, Chinese medicine, ancestor worship, feng shui, tai chi and temples. But there are also martial artists with painted faces, spirit mediums who injure themselves with spiked balls and clubs while “possessed” by gods, parties thrown for ghosts, stories about haunted or sacred sites, holy trees, spiritual masters who can write the “characters of the gods”, ceremonies invoking demons, an almanac of auspicious and unlucky days and times, puppetry, local opera, amulets and superstitions. Some people are Buddhist, some follow a Chinese folk religion called “Daoism” (but is not quite the same as the Daoism of Lao Tzu famous in the West), and some follow a mixture of both along with some Confucian traditions. You will be simply amazed by the depth and breadth of preserved culture in Taiwan, and how many people still adhere to it.

Expat women can expect to be safe, to be treated fairly in the hiring process, to earn a wage equal to that of a man in the same position with the same qualifications, to be welcome in almost all establishments (“Special massage parlors” and gangster bars are the main exceptions), to not be questioned about their independence, financial means or solo travel and to generally be respected, not harassed and treated as social and intellectual equals. Laws, while not perfect, generally do a good job of protecting women. Abortion is legal (although there are some unexpected regulations surrounding it), birth control is available and women’s health is recognised as a distinct medical field. Unless you are in an hourly-paid position, maternity leave is guaranteed and most reproductive health needs – but not birth control – are covered under national health insurance. Divorce laws are fairer than they used to be, although no-fault divorce is still a battle being fought.

You are more likely to find women in their 30s, 40s and older in Taiwan who have chosen not to marry and prefer an independent lifestyle than you may find in other Asian countries.

You’ll still find people who wonder about women who don’t marry or have children, single women over 30, and the occasional boss who has some sexist notions about the emotional state or family needs of his female employees (although this is much less of a problem for foreign women than it may be for locals).

Local women often earn less than their male counterparts – it’s expat women who generally do not need to worry about this – and some women report that bosses encourage them to not take their full allowed maternity leave, with threats of layoffs or non-promotion. Bosses will occasionally try to be too familiar with employees, which may extend to commenting on the relationships of female employees (do not be surprised if your boss tries to give you life advice if you marry or break up).

Mistresses are common – it’s considered inappropriate to have one, but many Taiwanese men do (but then, many Taiwanese women have affairs, too. It’s not the horrible social crime that it is in many other societies).

The dating scene for men in Asia is already well documented. For women, Taiwan may not be perfect, but you may do better dating in Taiwan than other Asian countries due to Taiwan’s somewhat more progressive outlook. It is not uncommon to meet foreign women dating or married to local men, and there isn’t really a taboo surrounding this. You may receive some surprisingly direct comments, but it will be generally accepted and welcomed.

Like every country in the world, there are good and bad people. That said, notions about a woman’s expected appearance, attitude and duties at home tend to be more traditional in Taiwan than you may be used to at home, although plenty of men buck these trends.

Men tend to be far less direct than you’re used to – the #1 complaint among many foreign women in Taiwan is that local men they’d like to go out with don’t express interest…or they don’t seem to. In fact, the man you like who doesn’t seem to be asking you out may be trying the more indirect route of inviting you out with his friends and generally treating you like a friend until a relationship naturally develops. It is not uncommon to spend time with a man in a friendly way until one day, without saying a word, you are holding hands. You may never be asked out directly – you have to discern the intent behind the actions and invitations. This can be hard for women who expect that if a man is interested, he’ll ask her out. Often, if you go out together alone a few times, you’re considered more officially a couple than you would be considered at the same stage back home.

Public spaces, including bathrooms, are kept generally clean, and words such as “please”, “sorry to bother you”, “excuse me” and “sorry” are used. Seats are readily given up for the elderly, pregnant women, people with children or disabilities, and people generally do not like to push, although you may find yourself pushed from time to time.

It’s common for people to walk slowly, to stop and look at things, deal with children or answer the phone in the middle of pedestrian traffic, to pause right in the middle of a pedestrian thoroughfare, before gates, fare machines or doors or to stand two-abreast on escalators (it’s common etiquette in Taiwan to stand on the right and allow people to walk on the left, but not everyone follows this convention). In China you might just push that person out of the way – in Taiwan, it would be wise to learn to say “excuse me” and “please let me pass” in Chinese early on. These are commonly used and people will respond to them. Watch out for scooters and cyclists on sidewalks – most are polite but some don’t watch where they’re going. 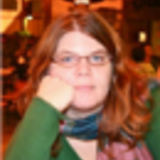