Interview with Libby – a Brit living in Sydney

Two years ago, Libby Daniels made the leap from England to Sydney and hasn't looked back since. Read on to learn more about her favourite things about Sydney and the unexpected culture shock she faced after the big move. For more expat tales of life down under, see Expat Experiences in Australia. 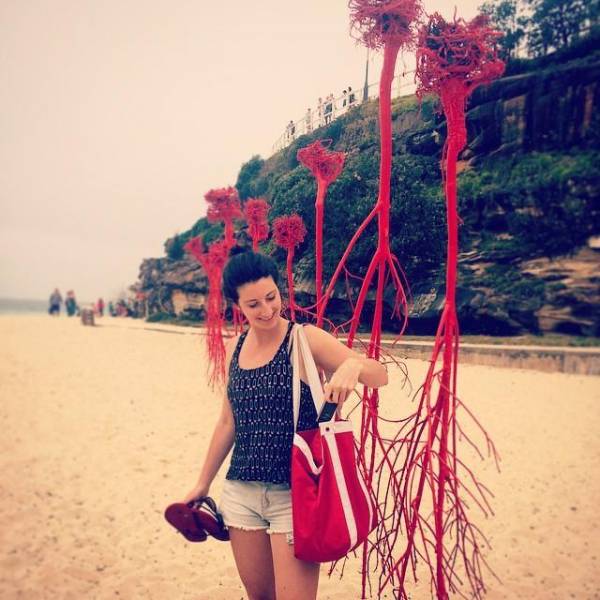 A: Born to English parents in Melbourne, but quickly ran home to the UK, living in the heart of Bedfordshire. Don’t be jealous.

Q: Where are you living now?
A: Sydney, Australia.

Q: Did you move here alone or with a spouse/family?
A:  Alone

Q: Why did you move; what do you do?
A:  The stereotypical mid-twenties crisis – that’s a thing, right? I was 24 then, and running to try and keep up with London. However, I felt it time for a change (it was definitely that ‘now or never’ feel) so I shut my eyes, and jumped.

Q: What do you enjoy most about Sydney? How would you rate the quality of life compared to the UK?
A: It goes without saying that Australia is beautiful, and Sydney is arguably the crowning jewel. The wonderful thing about a city on the water is that it can never feel crowded – no matter how hectic you feel China town is on a Friday night, you can always head to the harbour and look out into the ocean.

Sydney-siders are also a good deal more laid back than Londoners, and there is no oppressive stigma about eye contact on the tube – here it’s okay to share a mutual joke with a stranger, which surprisingly takes some getting used to. I also like the frankness of Australians – Brits, especially Londoners, have perfected the exasperated sigh and eye roll, whereas Aussies say it like it is. Once you’ve got over the initial reaction that seems to be common to all Brits ("You can’t say that, it’s rude!") then it can be quite refreshing.

Q: Any negatives? What do you miss most about home?
A: Sydney doesn’t know what to do with itself when the weather is bad – it’s all about the sunshine. In the winter, Sydney-siders look hopefully at the sun and wait for the season to turn. Often, my suggestion to do something active when it’s raining has been met with looks of abject horror. England knows how to suit up and front up, even when it’s raining

Q: What are the biggest adjustments you had to make when settling into expat life in Sydney? Did you experience any particular elements of culture shock?
A: I think I experienced culture shock more than most because I wasn’t expecting it. Just because there is no language barrier doesn’t mean there are not cultural differences – it pays to be prepared. The Aussies are direct and straight forward – here it pays to say what you mean. Also be prepared for the occasional dose of chauvinism – some men here can be a bit dismissive of women in certain contexts. Give as good as you get.

Q: What’s the cost of living compared to England? What is cheap or expensive in particular?
A: Sydney can be incredibly expensive – almost on par with London. Eating and drinking can cost you a small fortune in the CBD, but many places have particularly aggressive happy hours you can take advantage of. I’ve found you can rent a place closer to the CBD for less money than in London, but buying is out of reach for many people. Up-and-coming suburbs in the inner west are the place to look if you want to buy – anything within spitting distance of the beach is out of reach for most income brackets.

Q: How would you rate the public transport in Sydney? What are the different options? Do you need to own a car?
A: If you’re near a train line, you are ‘sweet’. Trains are regular, air-conditioned and not too expensive. The challenge comes if you live away from a train line – the eastern beaches are a prime example. Though buses do run regularly, they can be time-consuming and take a while to get anywhere. If you regularly travel north or west a car can be a great option, but parking can be a nightmare in the city.

Q: How would you rate the healthcare in Sydney?
A: I have had great experiences with the Medicare system in Sydney – I’ve never had a problem getting an appointment and if you go to a ‘bulk billing’ clinic and have registered for Medicare then all appointments are free. In the last year I have also joined a private health insurance scheme (mainly because dental is not covered by Medicare) which I’ve also had great experiences with.

Q: How do you rate the standard of housing in Sydney? What different options are available for expats?
A: Sydney is expensive – there is no getting away from that. However public transport is affordable, so if you’re on a strict budget I'd suggest living somewhere close to a train line in the west of the city.

Q: Any areas/suburbs in Sydney you’d recommend for expats to live in?
A: If you can afford it, I’d suggest Surry Hills, Darlinghurst or Redfern over Bondi – controversial (the old adage ‘Brits in Bondi’ is not for nothing) but the public transport is a nightmare from the beach if you work in the city. More affordable Annadale or Glebe are both also nice options.

Q: How tolerant are the locals of foreigners? Is there any obvious discrimination against particular religions or women etc.?
A: Australia is generally a friendly and open country; however it’s not without its flaws. As a woman I can personally say there is a chauvinistic current that runs through some areas. I’ve also heard from friends that in some areas there is prevalent racism or Islamophobia, as is unfortunately more the norm than the exception in large western cities at the moment.

Q: Was it easy meeting people and making friends in Sydney? How did you go about meeting new people?
A: As a Brit, I’ve found it’s pretty easy to make friends. The language is the same, there are lots of people like you, and the locals are friendly. I went to an organisation called ‘meet ups’ and met one of my best friends here – it’s basically events for people with no friends. I just read that back, and I’m not selling it – but honestly it can be helpful if you know no one and want to meet others in the same boat. One tip – avoid anyone that has grown up locally at a ‘meet up’. There is a reason they are there.

About working in Sydney

Q: What’s the economic climate like in Sydney? Do you have any tips for expats looking to find a job there? Which resources did you find most useful?
A: I’m in comms, and in my industry the Sydney and London industries are closely linked, with lots of cross-pollination. I’d recommend doing your research from home but also getting the word out amongst your current colleagues – you never know who they might know that could get you an in.

Q: How does the work culture differ from home? Do you have any tips for expats doing business in Sydney?
A: Australians are straight talkers. What could be perceived as rude or overly direct in the UK is actually welcomed here. I remember being confused as why people in my new workplace weren’t meeting deadlines set – it soon became clear they had no idea I was actually requiring them to do something! It can be easy to assume that if there is no language barrier there is no issue – this is not the case. Be prepared to watch and understand the nuances of communication before you can truly embed.