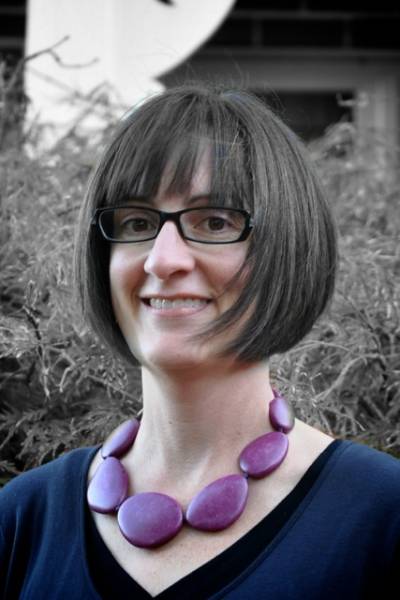 Christie Wilkin is an American expat from Pittsburgh, Pennsylvania who relocated to Melbourne Australia in 2010 with her 4 children when her husband was offered a new position. In her interview with Expat Arrivals Christie provides an insight into the challenges of being a trailing spouse and settling young children into expat life down under.

You can find out more about Christie's experiences in Australia on her blog Plunge Down Under.

Q: Where are you originally from?
A:  Pittsburgh, Pennsylvania

Q: Where are you living now?
A:  Melbourne, Australia

Q: When did you move to Australia?
A: We moved to Melbourne in July 2010

Q: Did you move to Melbourne alone or with a spouse/family?
A: I moved here with my spouse and four young children who were aged 3, 7, 10, 12 at the time.

Q: Why did you move to Melbourne; what do you do here?
A: We came to Melbourne for my partner’s to take up a finance role with Heinz Australia.  I am a Spanish teacher, but have not been teaching during the time we have lived in Australia

Q: What do you enjoy most about Melbourne? How would you rate the quality of life compared to your home country?
A: We love the culture of Melbourne, the vibrant city centre, the great cafés, the proximity to beautiful beaches, wineries, wildlife and the availability of good food.

Q: Any negatives about living in Melbourne? What do you miss most about home?
A: The primary negatives are that it is expensive, and that Australia is pretty much far away from everywhere else in the world.

Q: What are the biggest adjustments you had to make when settling into expat life in Oz? Did you experience any particular elements of culture shock?
A: The hardest thing for me was adapting to Aussie's very blunt style of communication. They say what they think, and don’t have the American tendency to be concerned with maintaining a positive vibe in conversation. They are very opinionated.  Also, they don’t tend to say thank you/you’re welcome as much, particularly the latter.

Q: What’s the cost of living in Melbourne compared to home? What is cheap or expensive in particular?
A:  It is far more expensive, especially housing.  We like to say that you just add a ‘zero’ at the end to adjust for housing prices (i.e. if a house costs USD 200,000 in Pittsburgh, it will be USD 2,000, 000 in Melbourne). That is not much of an exaggeration.

Q: How would you rate the public transport in Melbourne? What are the different options? Do you need to own a car?
A:  Public transportation in Melbourne is fantastic, particularly between the downtown and outlying areas.  It’s harder to travel from suburb to suburb. You can get by without a car, but if you want to tour the countryside, it would be best to have access to a car. The tram network is fantastic, and there are also trains and public buses.

Q: Any areas/suburbs you’d recommend for expats to live in?
A: We have loved living in Malvern, but it is very expensive. South Melbourne would be a good option, as would Hampton if you would like to be close to the water.

Q: How tolerant are the locals of foreigners? Is there any obvious discrimination against particular religions or women etc.?
A: Australians are very tolerant in general.  I haven’t encountered discrimination, except that I have been advised not to tell people that I am a Christian as some might find that offensive.

Q: Was it easy meeting people and making friends? How did you go about meeting new people in Melbourne?
A: We met people through our local church, which was wonderful, and through our kids’ schools.  I think expats to Melbourne have to be prepared to repeatedly take the initiative when it comes to meeting locals, but in general they are friendly and accepting.

Q: Have you made friends with locals or do you mix mainly with other expats? What advice would you give to new expats looking to make friends in Melbourne? Any social/expat groups you can recommend?
A: Our friends have all been locals. I would say that churches or clubs that are associated with a particular hobby or passion are the best places to meet people.  I have heard good things about the American Women’s Association, but I never actually went to any of the outings.

About working in Australia

Q: Did you have a problem getting a visa or work permit? Did you tackle the visa process yourself or did you enlist the services of an immigration consultant?
A: My husband’s company handled the visa process for us.

Q: What’s the economic climate like in Melbourne? Do you have any tips for expats looking to find a job there? Which resources did you find most useful?
A: I can’t offer much help in this area as my husband’s company arranged many of our relocation details. Melbourne has not suffered as much from the global financial crisis as other places in the world, but finding work is not particularly easy. The most helpful thing for me when I moved here was having a couple of mentors to give me tips.

Q: How does the work culture in Australia differ from home? Do you have any tips for expats doing business in Melbourne?
A: In general the Australian work culture is a more laid-back one. Employees, even at high levels, expect to take three week vacations when it is convenient personally as opposed to when it is best for the company. This can be frustrating for managers coming from a North American perspective.

Family and children in Melbourne

Q: Did your spouse or partner have problems adjusting to their new home? Do you think there are any specific challenges for a trailing spouse?
A: The trailing spouse always has challenges, particularly if there are children involved.  It took me a full year to get them settled before I felt I could even think about finding my own niche. I am currently taking a part-time writing course which has been a perfect fit. I didn’t bother even looking for work as a teacher because Spanish is not taught in most schools, and because I would not be able to work full time given my husband’s demanding schedule.

Q: Did your children settle in easily? What were the biggest challenges for your children during the move to Melbourne?
A: The biggest challenge for them has been dealing with comments at school about their American accents. We were surprised at how much of a problem this was. My girls were mostly able to ignore it, but even three years later, the oldest still gets mimicked when she answers ‘Here” at roll call every morning.  My older son had more serious bullying problems that had to be handled by the school administration. Otherwise they have settled well.

Q: What are the schools like in Melbourne, any particular suggestions for expat parents?
A: Schooling is a huge deal in Melbourne – children’s names are put down at particularly popular schools the moment they are born. Find a school first, then look for housing would be my recommendation.  I was totally unprepared for what a big decision this would be.

Q: Is there any other advice you would like to offer new expat arrivals?
A: Be adventurous, don’t be afraid to ask for help, realise you will make mistakes, have fun, and don’t brag! (The tall poppy syndrome is alive and well in Melbourne).